The “15 to Finish” initiative kicked off at Fresno City College on Monday, April 3. Two events were held to explain the effort to urge students to take 15 units each semester in order to complete their UNITS A SEMESTER associate degrees in a TO GRADUATE ON TIME two-year time period. Faculty and staff were given an orientation on the importance of following the “15 to Finish” plan in order to help students. This was followed by a kickoff event on University Mall for students who were given information and had an opportunity to talk to other students who are already taking 15 units each semester and are on track to graduate within two-years.

Asian American Month is being celebrated with a variety of events on the FCC campus. Over 15 events are scheduled and will culminate with AsianFest on Saturday, April 29. AsianFest is a campus-wide event that brings elements of Asian culture to the campus through food, crafts, entertainment, and music. Throughout the month there will be speakers, martial arts demonstrations, a film festival, outdoor activities, and a three-day vendor fair. On April 28, this year’s Recycled Fashion Show and Exhibit is “Asian Style” and will feature fashions made from recycled goods. The runway show will begin at 7:00 pm in the Library and the exhibit will run through May 10.

On Thursday, March 30, Fresno City held its 30th annual Showcase event. This open house featured booths and interactive displays from various academic and student support departments as well as food booths provided by FCC student clubs. Approximately 1,000 students from Fresno County schools participated in the event as well as competitions across the campus through a partnership with FCOE/ROP. These “Career Skills Challenge” competitions give students a chance to interact with Fresno City College faculty while engaging skills learned through ROP curriculum.

The newly organized Epsilon Theta Nursing Honor Society will have their first Induction ceremony on Tuesday, April 25 at 6:00 pm in the OAB Auditorium. Approximately 19 inductees from the Registered Nursing Program is expected to be inducted. Nursing tassels, certificates, and the Alpha Delta Nu Honor Society Pin will be awarded to each honoree. Requirements are that the RN students must have a “B” or higher in all Registered Nursing courses and an overall GPA of 3.0.

The college is preparing to send a first draft of the Self Evaluation report for college-wide review in April, to be followed by an open forum. This process will provide an opportunity for all constituent groups to provide feedback, which is a critical component of the self-evaluation process. Several faculty, staff, and administrators attended the ACCJC Conference April 4-7 in Irvine, CA. Topics discussed included changes to reporting requirements, recent changes to ACCJC, and assessment of student learning. The conference provided useful information as we enter final stages of the self-evaluation cycle. 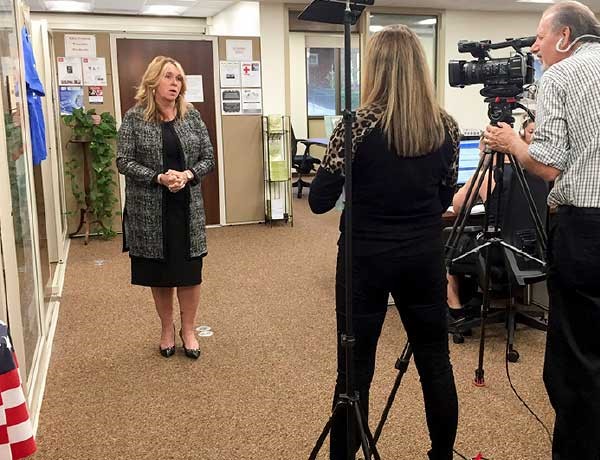 The Veterans Resource Center will be featured on Valley PBS in an upcoming feature series highlighting services to veterans. PBS stations across the nation will be airing these feature stories and our local Valley PBS station chose to focus on the FCC Veterans Resource Center. The Valley PBS producer who conducted the interviews said she had attended the opening of the center a few years ago and was very impressed with the people and the services offered. Student veterans, staff, and Dr. Goldsmith were interviewed. An air date is yet to be determined.

The Dental Hygiene Program is featured in an article in a national publication. The article, titled “Dental Hygiene Students Learn Interim Therapeutic Restorations at Fresno City College,” appeared in the February issue of the Bulletin of Dental Education from the American Dental Education Association. The article discusses the didactic and clinical training in placing Interim Therapeutic Restorations. Students in the class of 2018 will be the first graduates to receive this training.

On March 10th the Puente Program took 43 students on an overnight trip to Southern California. The first stop was to Homeboy Industries, a one-of-a-kind training and support program for former gang-involved and previously incarcerated men and women. They also toured UC Riverside and UCLA. They heard from a panel of past Puente students from Riverside Community College about their experience in transferring to UC Riverside. After the panel Q&A, students received detailed information from the admissions directors at each campus. At UCLA, the tour was led by the Center for Community College Partnerships, which is responsible for developing and strengthening academic partnerships between UCLA and California community colleges. The students returned from the trip feeling invigorated and inspired and are now interested in transferring to UCLA and UC Riverside, something they once thought was not possible.

Students in the SYMBAA and programs got a chance to visit UCLA in March. The 2016/17 cohort students and staff traveled to UCLA on March 23. The 45 students, 3 student workers, and 4 staff members toured the campus, researched admissions requirements, explored programs and met with UCLA students to hear about their collegiate experience.

Fresno City College recently participated in the 3-day community-filled PuebloFest held in Tulare County. The music festival was a family-friendly event with a social purpose. The FCC College Relations Office hosted a table with counselors, educational advisors, and student ambassadors at the Community-Plaza to provide essential information regarding college entrance, matriculation steps, student success programs, and resources. The Community-Plaza exhibited over 100 nonprofit and community organizations and shared invaluable information to the local community, such as financial literacy, health services, immigration, and higher education options.

A new partnership with Fresno State to prepare Fresno County freshman applicants for successful transfer to the university has had a successful start. The University Transfer Scholar Program kickoff event was held on Saturday, March 18 with over 90 students attending. Our College Relations staff assisted 20 students in completing an application and/or orientation at the end of the event. Others are still being processed including students who were unable to attend. It appears that we will have over 100 students participate in our first cohort. In all, the event was a great success due to the efforts of Fresno State’s Office of Undergraduate Recruitment, FCC’s College Relations and the FCC Transfer Center. A special mention to Sam the Ram (DeRon Walker) who did an excellent job of interacting with the crowd.

Dream Center On The Move

The Dream Center will soon be on the move. Plans are underway to move the Dream Center to a new location in the Old Administration Building giving the program more space to assist students. More details will be released soon.

The future inductees of the Epsilon Theta Nursing Honor Society are already busy organizing activities for the campus. They held a health fair on March 28 in the first-floor Atrium in the Health Sciences Building. The health fair included blood pressure screenings with education, a Mighty Moms display on healthy nutrition and information on the Lock it Up Program!

The Fresno City College Science and Engineering Club celebrated National Engineers Week 2017 by spearheading an engineering outreach initiative for elementary schools in Clovis and Fresno. To prepare for the week, FCC students and engineering faculty shared hands-on engineering projects with professional engineers from local industry during evening drop-in training sessions held on campus. Designed for elementary school students, each project used simple materials and lesson plans. The outreach experience was a partnership, the industry professional collaborated with the elementary school to set-up the classroom time. FCC students teamed up with the professionals to make the hands-on activity a success while sharing their enthusiasm for engineering. FCC students practiced networking as well as technical skills, working side by side with industry professionals whose backgrounds covered mechanical, electrical, chemical and civil engineering in a variety of public and private organizations. In all, 14 classrooms were visited and 11 different FCC engineering students participated over the course of the week. 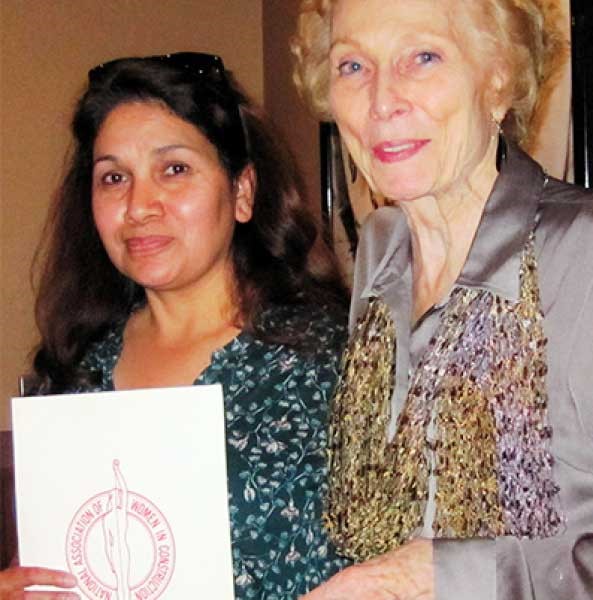 Alice Rogers Hernandez is the recipient of this year’s scholarship from the National Association of Women in Construction. The single mother, who is expected to graduate next fall, received the $500 scholarship on March 9. Congratulations Alice! The Kennedy Center American College Theatre Festival National Awards for 2017 were announced and FCC’s Thuy Duong, the lead actress in Mulan and the Battle of Black Mountain, was named “Distinguished Performance by an Actress in a play” by Kennedy Center’s Artistic Director, Greg Henry. The award is due to the talents of Thuy, the wonderful direction of the Mulan production by Debra Erven and the original work written by Chuck Erven.

FCC Alexandra Gonzales was one of nine women honored for the Fresno District 1 Women Leading the Way 2017 award by Fresno City Councilmember Esmeralda Soria. Gonzales, who is a Resources for American Indian Needs Counsellor, was recognized for her contribution to the betterment of the city and her work with Native American students and the community.