Fresno City College was awarded a $3 million grant from U.S. Department of Education to implement a Redefining Student Ready program. The five year-grant will create increased opportunities for Hispanic students and allow FCC to enhance their academic offerings, program quality and institutional stability. The grant will provide educational opportunities for students through faculty development, curriculum development, academic tutoring and mentoring, and other services.

On Tuesday, October 15, a college governance workshop was held with FCC faculty, staff, students and administrators to share ideas and plans to better serve our students and community. The workshop was presented by the Career Ladders Project and led by Dr. Regina Stanback Stroud, former president at Skyline College and President Goldsmith. 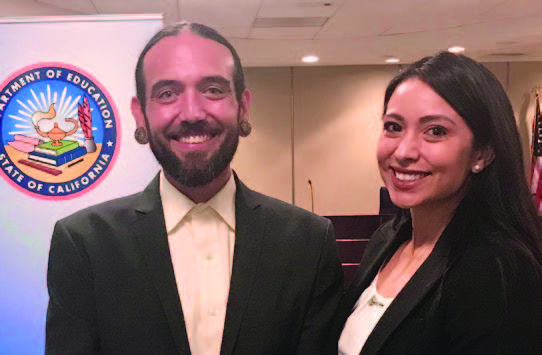 Chicano-Latino Studies instructor, Matt Espinoza Watson J.D., served on an Ethnic Studies Expert panel
on October 15 at the California Department of Education. The discussion included implementation for K-12 as part of a process to develop a model ethnic studies curriculum guide. Watson is pictured here with former FCC ASG President, Cindy Quiralte, who works in the California Department of Education. College Futures Foundation and the Governor’s Council invited FCC President, Carole Goldsmith, to join Fresno State President, Dr. Joseph Castro on October 8 in Sacramento and present the work that has taken place to create a ‘college-going culture’ through an improved integrated K-16 Collaborative. The plan for integration will become part of the College Completion Plus component of the broader Fresno DRIVE business plan that will be unveiled at the November 8 Economic Summit to be held in Fresno.

For the second year, FCC will participate in the global day of giving called GivingTuesday on December 3, 2019. The fundraising goal is $50,000 and all proceeds will benefit the Ram Pantry. The Ram Pantry is a food assistance program open to ALL students currently enrolled at the college at no cost to the student. State Center Community College Foundation Board President, Gina Cuttone, will again match $5,000
in donations to the Ram Pantry for this year’s campaign.

On November 8, the annual Veterans Day Ceremony will be held in front of the Veterans Peace Memorial. This year’s ceremony will recognize all veterans with a special tribute to the Honor Flight participants. Radio and TV Broadcaster and Vice President of the Central Valley Honor Flight, Paul Loeffler, is the keynote speaker. 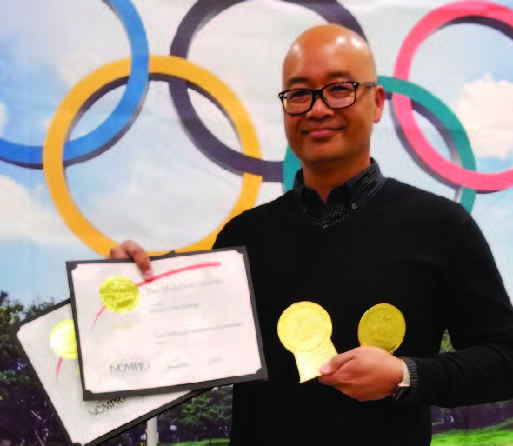 Congratulations to the Public Information Office and Mark Tabay, student communications specialist, for winning two gold medallions at the 2019 National Council for Marketing and Public Relations competition in
Park City, Utah. The first place awards were given for the Social Media category and the Special Event/Fundraising Campaign category for the college’s inaugural 2018 GivingTuesday campaign. 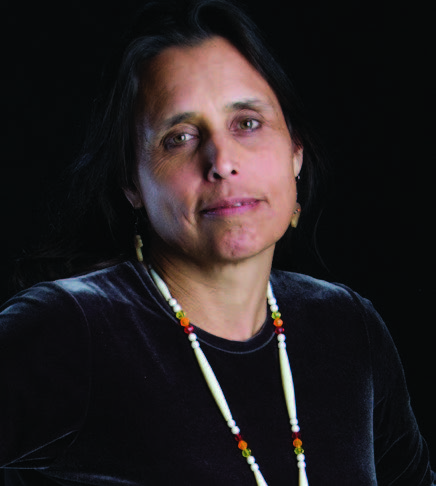 Winona LaDuke (Anishinaabe) will speak on Monday, November 18 at noon in the OAB Auditorium. She is an internationally acclaimed author, orator and activist. A graduate of Harvard and Antioch Universities with advanced degrees in rural economic development, LaDuke has devoted her life to protecting the lands
and life ways of Native communities. Admission is free.

The International Students Office and Student Activities have partnered to invite faculty, students, and staff to participate in the inaugural International Fashion Show on November 6th. The event will be held in the grass area in front of the Veterans Memorial at noon as part of Club Rush.

Pass It On Free Event

The PASS Center is holding a free student yard sale called “PASS It on Closet.” All gently used donations are welcomed and any small appliances must be in working condition. This time of year warm clothing and jackets are popular as are portable space heaters! The event is on November 20th and donations will be accepted through November 19th.

The FCC Theatre Arts Department will open a new production, The Thanksgiving Play, from November 15 – 23. Directed by theatre instructor, Janine Christl, the play was written by Larissa Fasthorse, who was awarded the PEN USA Literary Award for Drama. This wickedly funny satire, focuses on a troupe of teaching artists that somehow manages to celebrate both Turkey Day and Native American Heritage Month. Check out times and ticket prices on the performing arts calendar. 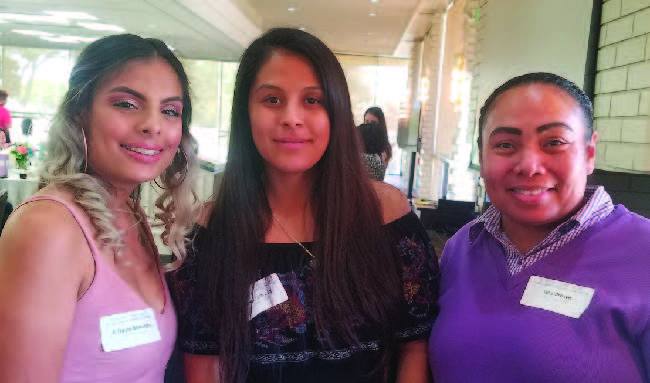 On Friday, October 4, three FCC TRiO students were awarded academic scholarships by AT&T, the Central Valley Women’s Conference and the Central California Educational Opportunity Center at Fresno State. The women; Sula Brown, Alizeya Burciaga and Zendi Garcia, each received a $500 scholarship and were recognized at the luncheon for their perseverance and sacrifices made in their college journey. 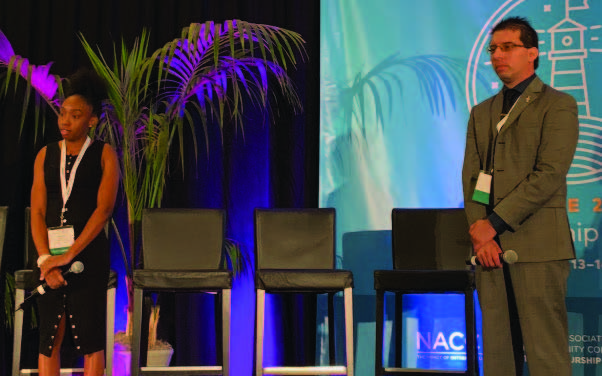 Five FCC students pitched their business ideas to improve education in the Central Valley to a Shark Tank panel and approximately 600 attendees at the National Association for Community College Entrepreneurship (NACCE) conference on October 15. They were selected as one of the Top 5 Teams from the NACCE Student Entrepreneurship Challenge Pitch, and competed with teams from Hawaii, Chicago, San Francisco and Tennessee. As part of the competition, FCC students were given a booth to showcase at the event, and attended specialized workshops given by several of the keynote speakers at the event. Amber Balakian, entrepreneurship instructor from the Business Division, coordinated the trip for her students to Newport Beach.

The FCC Music Department presents Rams Jams on Thursday, November 21 at 7:30 p.m. FCC student guitarists will perform with Charlie Robbins and Victor Corral of Artificial Language in the OAB Auditorium. There is a $5 suggested donation at the door. 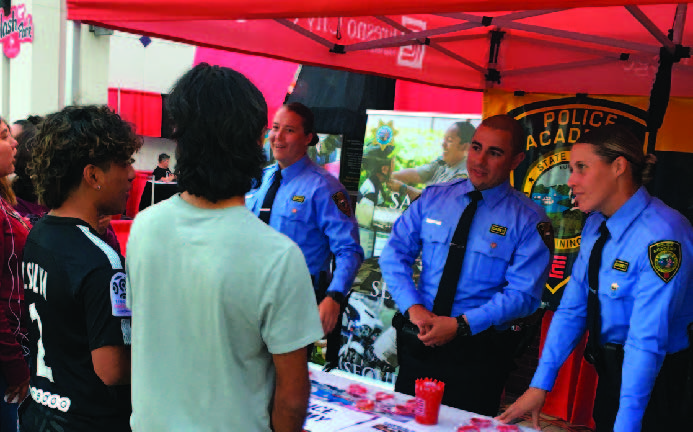 Hope for the Holidays

Student nominations and donations are now being accepted for the annual Hope for the Holidays drive. The effort provides a supermarket gift certificate to FCC students in need. This fundraising effort is almost entirely supported by donations from faculty, administrators and staff of the college. The students receiving these gifts are nominated by the various departments and divisions on campus. Monetary donations for this cause can be made online.

The women’s soccer team is still ranked #2 in the state, with a record of 14-0-1 and 3-0 in Central Valley Conference play. The men’s soccer team is also doing well this season with a 10-0-5 record, 3-0 in conference play with seven straight wins. Check out the sports calendar for all upcoming fall competitions.
The Cross Country State Championships will be hosted by FCC at Woodward Park on Saturday, November 23. Since the early 1990s the college has organized and run this state competition under the direction of Cross Country coach Gary Bluth.