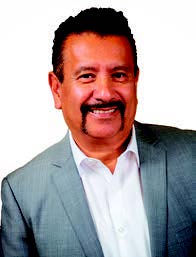 The next speaker slated is Richard Montañez, Vice President of Multicultural Sales & Community Activation, for PepsiCo North America. Come and hear his remarkable story on how when he was a janitor he created the now famous Flamin’ Hot Cheetos on Monday, October 28 at noon in the Old Administration Building Auditorium. Admission is free. 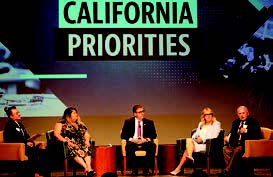 Two safety training sessions will be held in October at FCC. The first session is October 10 and will focus on a violence risk assessment by behavioral intervention and a threat assessment training. On October 24, an Emergency Preparedness Training will be conducted and will include information on the FEMA Incident Command System (ICS). It will also include a tabletop training exercise pertaining to an active shooter incident.

On Thursday, October 3, from 9:00 a.m. – 1:00 p.m., the Disabled Students Programs & Services Department will host a Disability Awareness Day and Health Expo on the Campus Mall. Non-profit organizations, agencies and businesses that provide services, programs, equipment and technology for individuals with disabilities will be participating. 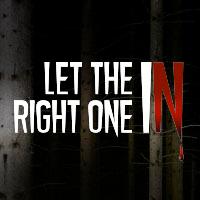 A lovely evening of dinner, wine, live music, and live and silent auctions is planned for the annual Toasting the Arts fundraiser on Saturday, October 19. The event will all be held in the West Courtyard of the Old Administration Building.

The Music Department has planned several events to celebrate jazz month at FCC. In partnership with Fresno State, the Jazz Composers Orchestra, directed by FCC music instructor, Paul Lucckesi will share a concert on October 7 with the Fresno State Jazz Orchestra, directed by Richard Giddens. Two more performances are slated with the FCC Jazz Ensemble with special guests from the Central High School Jazz Band directed by Andrew Munoz on Wednesday, October 16 and the Jazz Combos and Latin Jazz Ensemble will be held on October 22 in the Theatre. Check out all music events for more dates and times.

Fresno City College will host this year’s annual SCCCD High School Counselors Conference on October 3. At the conference, representatives from feeder high schools will gather to discuss the implementation of Registration-To-Go for the upcoming year, learn about new programs and other important campus updates. They will also tour FCC’s Ram Pantry and Applied Technology programs.

This year’s High School Journalism Conference is moving to the fall semester as requested by the high school journalism teachers. The fourth annual conference is scheduled for Friday, October 25, in the Old Administration Building. Four-hundred high school journalists are expected to attend. Each will attend two workshops presented by local professionals. Workshops will cover topics pertaining to various aspects of print, broadcasting and web news gathering. New this year is a competition for the students in writing, photography and video production. The winners will be announced at the end of the conference.

Fresno City College will host a special screening of “Unlikely” in the Old Administration Building Auditorium on Thursday, October 17. “Unlikely” is a feature documentary that investigates America’s college dropout crisis and the barriers students face in their pursuit of a college degree and meaningful career. FCC is part of a coalition of local educational and community organizations working to bring the documentary to Fresno. RSVPs for the screening are available through Eventbrite. Admission is free. A reception will be held at 5 p.m. prior to the screening at 6. A closing discussion will follow.

The Asians in the City Conference will be held in the Old Administration Building on Saturday, October 5th from 9 a.m. to 12 p.m. Participation is free and open to anyone with an interest in learning more about Asian culture. Workshops include: Journeys in Language and Culture, Art and Identity in Modern Asia, Japanese Taiko Drumming, Hmong Pan Dau, Stereotype Threat, and Japanese Flower Arrangement.

The Solo Exhibition of Liz Roberts will open on October 10 through November 21. Her work spans from 16mm film, video, sculpture and performance and draws on shadow feminism, counter cinema, and autobiography. Check out the gallery hours to see this exciting exhibit.

A special evening is planned for the Fresno Wrestling Hall of Fame Ceremony on Saturday, October 5 at 6:00 p.m. when several members of the Zinkin Family will be inducted. The event will be held in the Old
Administration Building in the west courtyard. Tickets are $25 each and include hors d’oeuvres, no host cocktails and a casino. 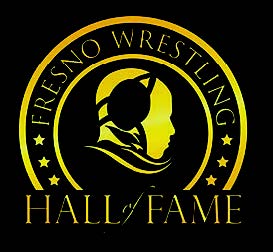 Come join the men’s and women’s basketball teams for a night of fun on Saturday, October 19 at 6:00 p.m. in the FCC Cafeteria. This is the 7th annual fundraiser dinner that includes dancing, silent and live auctions!
Tickets are $25 each or $200 for a table of 8.

On Thursday, October 31, at Ratcliffe Stadium, the college will welcome over 2,000 neighborhood children and their families to the annual FCC Fall Carnival. The Associated Student Government will create a haunted house, and Student Activities and the Interclub Student Council will coordinate the carnival games at this safe, family event from 5:30 – 8:00 p.m.

In the first California Community College Sports Information Association (CCCSIA) women’s soccer poll of the 2019 season, the FCC Rams are ranked #1 in California by a sizable amount of votes. The Rams have gotten off to a strong start by defeating a pair of Southern California opponents in Citrus and East LA, while taking down two Northern teams in Las Positas and American River. They have not allowed a single goal this season while outscoring their opponents 11-0.

Volleyball player, Taylor Dilley (freshman, Clovis East High) was named CCCWVCA NorCal Athlete of the Week on September 16. She has been an impressive pin hitter for #3 FCC as she led the Rams to four victories so far this season. She totaled 50 kills, including double-doubles in kills/digs in three of the matches, 48 overall digs and served six aces. The Homecoming Game will be held on Saturday, October 26, at 1:00 p.m. with the Rams hosting the Sacramento City College Panthers. Activities include an alumni pre-game tailgate barbeque and the FCC Parade of Athletes featuring the 21 inter-collegiate teams during halftime. Check out the sports calendar for all fall competitions.