Healthcare and Community in the San Joaquin Valley 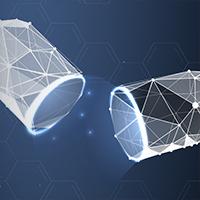 The Associated Student Government presents a panel of 3 medical professionals who will talk about the importance of physicians from the San Joaquin Valley staying in their communities. They will also talk about how college students can become a part of the solution.

Brandon Croft, MD
Internal Medicine Physician
UCSF - Fresno
Brandon Croft grew up in the San Joaquin Valley and was a witness to the disparities in medical care that is faced by the residents of the region. He was given the opportunity during medical school work with UCSF Fresno to address those disparities and develop ideas that would bring the highest level of medical care to the people of the Central Valley. He wanted to come to Fresno so that he could work amongst a group of residents who were passionate about bring-ing change to the way medicine is practiced in the community who raised him.

Benjamin T. Duran, Ed. D.
Executive Director
Central Valley Higher Education Consortium
Benjamin T. Duran is a highly respected higher edu-cation leader, teacher and former president of Merced Community College in California. He recently retired as superintendent/president of the Merced Community College District after serving 22 years in the district with the last 14 years as the CEO. He is a faculty member in the Education Doctoral program at California State Uni-versity, Stanislaus. During his tenure at Merced College, he served on various statewide committees and was appointed by Chancellor Jack Scott to serve on the Cali-fornia Community Colleges Student Success Task Force.

Omar Guzman, MD
Director of Undergraduate Medical Education Kaweah Delta Visalia
Omar Guzman is happy to serve the community in which he grew up in. His proudest professional moments in-clude joining the Kaweah Delta Emergency Medicine res-idency program, being named Faculty of the year 2018, being asked to be the keynote speaker for Doc Band and Mi Mentor, being accepted to speak about the street med-icine project at a national conference and inducting the first Central Valley Doctors Academy Class.