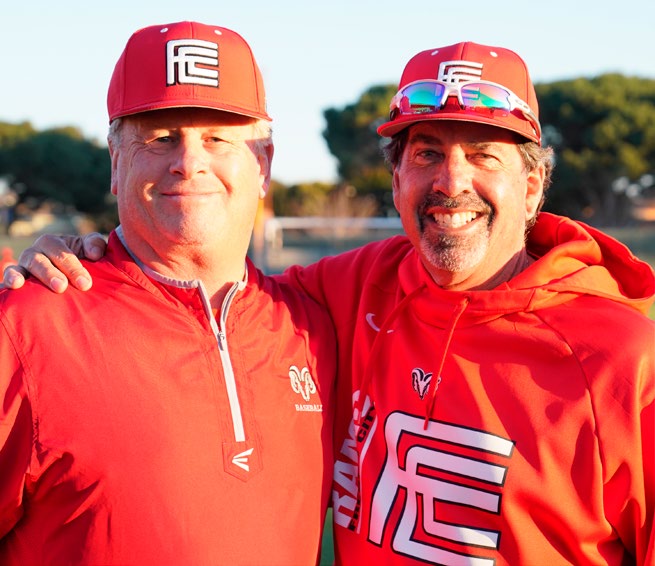 Three cheers to head baseball coach Ron Scott! He is now the winningest coach in California community college baseball history getting win no. 1,073 on February 15 when the Rams beat Hartnell College 17-4 in Salinas. Ron passed Don Sneddon’s old record of 1,072 set in 2014. Three cheers to Eric Solberg too! As his assistant coach, Eric has been alongside Ron the whole way for each and every win. Congratulations to Coach Scott and Coach Solberg. Fresno City College is proud to have you on our team. Here’s more about this great record from KSEE24/CBS47 and the Fresno Bee. 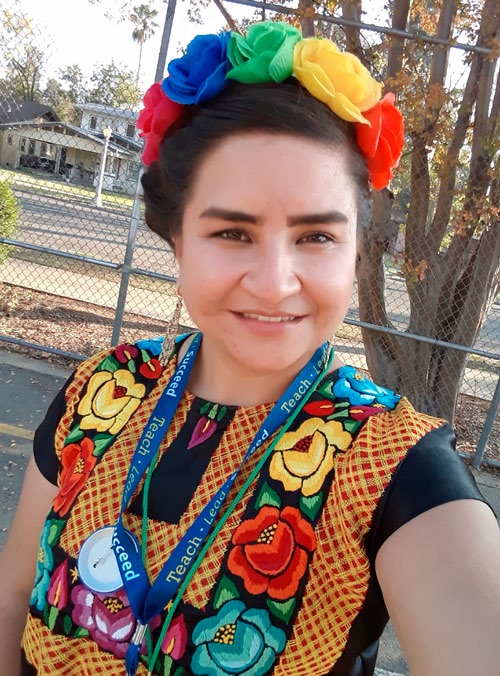 FCC Student Liliana Madrigal was awarded $1,100 for her essay entitled The Golden State by the non-profit End Poverty in California (EPIC). Their mission is to lift up the stories like Liliana's to put a face on poverty and then advocate for the policy changes necessary to help change the narrative about poverty. Her essay focused on farmworkers and the experiences of her family who immigrated to Fresno from Michoacán, Mexico in 2001. She also created a painting called Vendedores de Vida or Life Vendors that depicts a migrant family working in a field: the mother carrying her baby on her back, two girls, one on each side and a boy standing next to boxes of cucumbers, chili peppers, tomatoes and other produce.

Opera Workshop's Irish Music Celebration is slated for Saturday, March 19 at 7:30 p.m. in the OAB Auditorium. Members of the workshop will perform traditional Irish folk songs, pub songs, arias influenced from Irish culture, as well as invite the audience to join-in on a few celebrated sing-a-longs. Special guest instrumentalists are violinist Caleb Sandersier, banjoist Richard Nielsen, and guitarist Stephen Guizar. Admission is free for this event but tickets are required to attend. 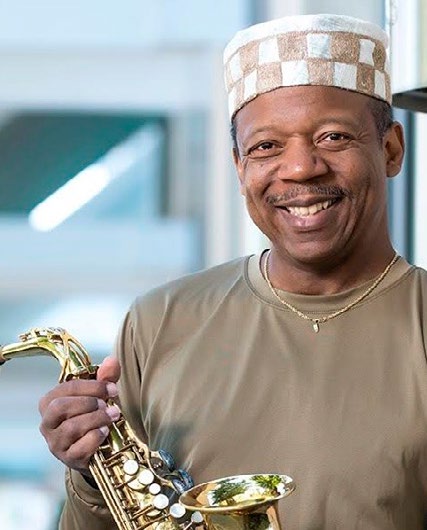 FCC Interim President Dr. Marlon Hall hosted a special concert by smooth Jazz artist Kenney Polson on February 24 in the FCC Theatre. All FCC students, faculty and staff were invited to attend this free concert. A jazz saxophonist, Polson is an accomplished composer and educator. He has toured Japan, Korea, Hawaii, Colombia, Brazil, and over a dozen Caribbean Islands. In 2016 and 2017, he toured extensively with Rick James’ Original Stone City Band playing major festivals such as Capital City Jazz Festival and Orange County Funk Fest in California. 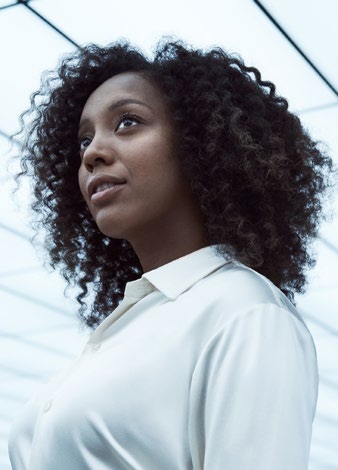 NASA engineer Dr. Moogega Cooper was required to postpone her Speakers Forum presentation on Wednesday, February 23 when a winter storm forced the closure of the Grapevine. She was unable to drive up to Fresno from Southern California. The Speakers Forum committee will reschedule the event, hopefully in the next couple of weeks. An announcement will be made once the new date is determined. Coming up on April 21 is Chicano artist and muralist Fabian Debora, executive director of the Homeboy Art Academy. He will speak in the FCC Theatre at 11:00 a.m. 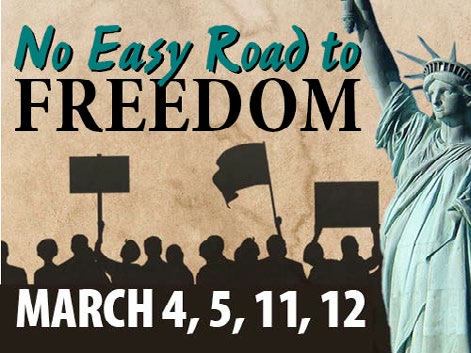 No Easy Road to Freedom is scheduled for March 4, 5, 11, 12 at 7:30 p.m. with matinee performances at 2:00 p.m. on March 5 and 11. Directed by Karina Balfour and Brooke Aiello, the performance features stories that made America and continue to shape our nation to this day: from immigration to oppression, to acceptance. The play will be held in the Studio Theatre with free admission. Due to limited seating, a ticket is required through Eventbrite.

The long-awaited First Responders Center is becoming a reality. After years of planning, the site has been purchased and construction is beginning. A groundbreaking ceremony was held on Thursday, February 17. The new center will be located at 3300 E. North Avenue (northwest corner of North and Willow avenues).

The center will bring together all first responder programs, academies for police, fire, and EMT, into one 40-acre location. Currently, the FCC Fire Academy is located at the Career & Technology Center on Annadale Avenue and the Police Academy is located on the main campus behind Ratcliffe Stadium. The new facility will include fire training structures, a scenario village for police training, simulation spaces. a running track, and a driving pad. Funding for the $46.1 million project comes from Measure E ($45m) and Measure C ($1.1m). Measure E was approved by the voters in 2016 and Measure C in 2002. The event was live streamed and can be viewed on the FCC Facebook page. It was covered by several media outlets that included, ABC30, Clovis Roundup, GV Wire, KMPH Fox 26, The Business Journal and KSEE 24/ KGPE 47. 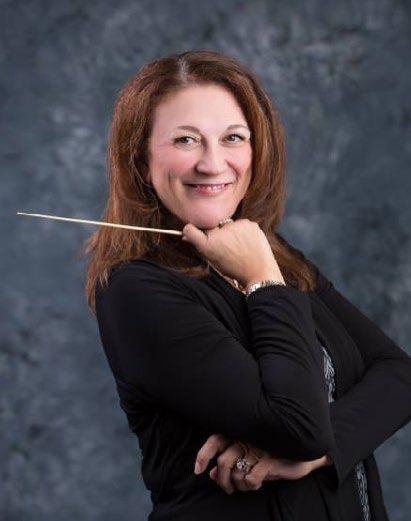 Congratulations to Julie Dana, for being honored by CMEA, the California Music Educators Association. Julie received the CMEA Pearson/Silver Burdett Choral Educator Award on February 18 at the 11th Annual California All-State Music Education Conference held in downtown Fresno. Throughout her 24 years at FCC, Julie has introduced the transformative power of music to thousands of students as the director of the City Singers and other ensembles. The groups have traveled throughout the United States, Canada and Europe representing the college in festivals and performances including the International Choral Festival in France and in the prestigious Carnegie Hall in New York. When she retires this May, she will leave behind a great legacy.

The HBCU Caravan came to FCC on February 22 and was a huge success. The event was part of Black History Month events. The colleges accepted 149 students and awarded $2,505,100 in scholarships. 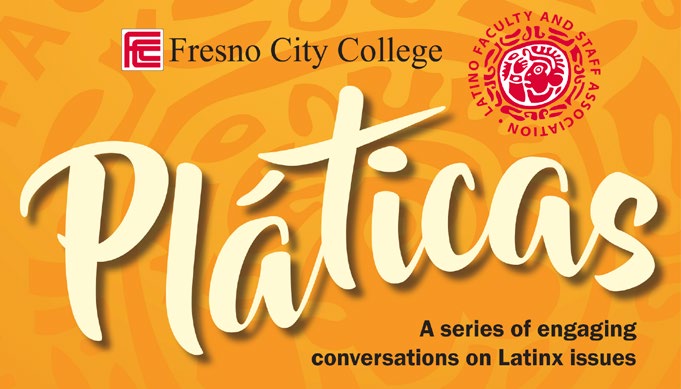 The Latino Faculty and Staff Association have organized a series of engaging conversations on Latinx issues called Pláticas. These special events are focused time to spend with friends, family, and colleagues to converse, listen, and share stories with one another. It is an opportunity for participants to discuss and debate ideas and build community. The first Pláticas event was held on February 17 and the history and significance of Latinidad was discussed. On March 24 Art & Activism will be discussed with local artists and creatives who will discuss how they use their art to further the journey towards justice and equity. Events are held in OAB-251 at 5:30 p.m. and are also available on Zoom.

Guitar Students on the Go 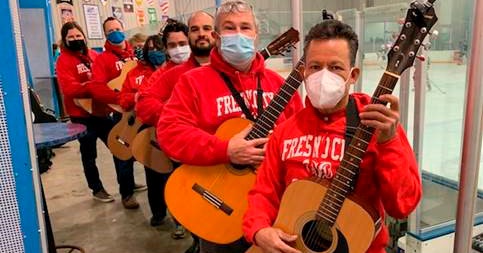 As part of the 2022 Spring Semester Campus Stress Reduction Project, the Fresno City College Human Services department is presenting a series of Stress-Reduction Sessions. The second session will be held on March 29 and will focus on Healing from Stress. This workshop will help participants understand the importance of self-care and re-creational growth, and brainstorm activity options so participants can achieve optimally beneficial outcomes for healing. Additional workshops are planned for April and May.