The partnership with Chevron and the FCC Engineering Program will be recognized at the 2022 Fresno Compact Awards luncheon on April 27. A total of ten businesses who have built exceptional partnerships with schools will be recognized. Each business partner has contributed time and resources to help students reach their full potential. A video, which will be shown at the luncheon, will feature engineering instructor Dr. Liz Adams and Chevron Public Affairs Representative Robbie Robinson.

The groundbreaking for the new science building will be held on Thursday, April 21 at noon. The new $88 million building will feature modern labs across several science disciplines and will also house Design Science Middle College High School, tutorial spaces and flexible student study areas. Placing the new building along Blackstone and Weldon avenues will help alleviate some of the parking demand on campus and will serve as a new front door to the college. Construction will start in June 2022 with an anticipated opening in June 2024.

The 2022 Spring Virtual Job Fair is now underway and will continue through April 15. There are many opportunities from almost 50 employers for students to find full-time and part-time jobs, internships, and seasonal positions. To see a complete list, go to www.fresnocitycollege.edu/cec.

The FCC Rising Scholars Symposium is a two-day event that will take place on April 21 and 22 at the college. The symposium with explore ways to support formerly incarcerated, systems impacted students in higher education. Students, educators, and community advocates will be in attendance. The symposium provides a safe space dialogue for providers, colleagues and students to interact and to learn more about the experiences of our formerly incarcerated students.

A new campus resource called City@Work is a free online learning video series to teach essential workplace skills necessary for career success and to support the recovery of our region’s economy. City@Work is available to students and the community. Involving nearly 80 faculty and classified professionals in its development, and funded by a Title V grant, City@Work is a series of 47 video lessons featuring faculty experts from across the campus.

FCC will host the inaugural Men of Color Summit slated for Saturday, April 23.The event will invite all high school seniors in the SCCCD service area. The keynote speaker will be head basketballcoach TJ Jennings from Reedley College.Workshops will be presented and includenavigating and succeeding in school; life options and choices; and understanding how a college education equates to earn more money. The summit will also include a college fair and lunch.

The month of April is loaded with an array of Asian inspired events starting with John Cho’s Celebration Night Show in the theatre on April 4! Ten online events will follow with a Night Market Sake Garden fundraiser for scholarships that includes food and entertainment on Friday, April 29 from 4:00 – 9:00 p.m. Asian Fest will close out the month on Saturday, April 30 celebrating the Year of the Tiger with non-stop live performances featuring Taiko Drummers, Lion Dancers, Dragon Dancers, and the excitement of traditional and contemporary performances.

On Friday, April 22, the college will be presented a check for $125,000 from Chevron. The grant will be presented during the Women in Engineering Day at the college organized by engineering instructor Dr. Liz Adams. Freshmen and sophomore female students who are enrolled in advanced math at Fresno High School will attend hands-on workshops in geomatics and programming robotics through an obstacle course. The grant will be used to purchase equipment for a Maker Space to create enhanced lab opportunities by incorporating various hands-on activities and projects within the FCC engineering classes. 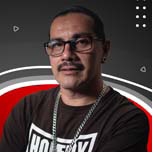 Chicano muralist Fabian Debora will speak on April 21 in the theatre at 11:00 a.m. He was mentored by many Chicano artists and muralists, and was introduced to creative expressions of all forms, from graffiti and murals to sketching and fine art painting. He lives in Los Angeles and works for Homeboy Industries as the Executive Director of the Homeboy Art Academy. Admission is free. 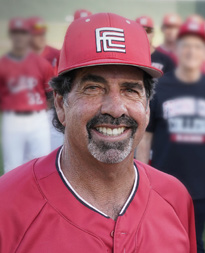 On April 3, Fresno City College celebrated head baseball coach Ron Scott prior to a game between the FCC Rams and Reedley College Tigers at Chukchansi Park. Ron is now the record holder for having the most wins for a California community college baseball coach. He broke the record on February 15, when the Rams beat Hartnell College 17-3 to give Ron his 1,073rd win. He continues to break the record with each Rams win. This is the first time that Chukchansi Park hosted the two rival teams. A post celebration fundraiser for FCC Baseball was also held at the Kodiak Club. 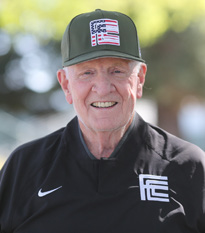 Retired longtime FCC sports writer Woody Wilk has been selected to the 2022 CCCAA Hall of Fame Class and will be inducted during evening ceremonies on April 6 during the annual CCCAA Convention. The 2020 and 2021 Hall of Fame classes will also be inducted at ceremonies during the convention which this year is being held in person after the cancellation of in-person conventions the past two years. It will be held at the DoubleTree Hilton in Ontario. Tickets are available through the CCCAA website at www.cccaasports.org.

The spring semester City Dance recital will be held on April 29 and 30 at 7:30 p.m. and May 1 at 2:00 p.m. in the FCC Theatre. Choreography will be featured by artists Caitlin Gainey and Alyjha Tauscher and guest performers from Fresno State include Zachary Garcia and Siena Simas.

On April 4, students from the Fine Performing & Communication Arts Division attended a workshop/masterclass with the cast of Hamilton who are performing in Fresno. This was made possible by a Friends of the Arts grant. Music instructor Julie Dana and Theater instructor Janine Christl organized and planned the workshops.

FCC in the News

We want to share with you some of the news coverage that FCC has recently received.

From The Fresno Bee:

The softball team is on an 18-game win streak and have not lost a game since February 19 in Bakersfield. Their current record is 24-3 and are undefeated in conference 8-0. The Men’s and Women’s Tennis Teams hosted the Big 8 Conference Championships on March 31 – April 2. Competitions were held at FCC, Roeding Park and Sierra Sport and Racquet Club.