The 2022 Fall semester is off to a strong start with approximately 65% of students returning to campus for in-person classes and services. Ram Ready was held from August 2–4 serving over 840 new students. The event included in-person workshops, forums, and tutorials. On August 2, students had the opportunity to engage with their FCC Guided Pathway faculty and staff in workshops both in-person and on Zoom. Other workshops included Q&A sessions on financial aid, library and tutorial services, DSPS, textbooks and more.

State of the College

FCC will commemorate the 21st anniversary of 9/11 with a ceremony on Friday, September 9 in front of the Veterans Peace Memorial at 9:00 a.m. The ceremony will include a memorial wreath march featuring biology instructor, Scott Porteous, playing the bagpipes. Peter Cacossa, Fire Academy Director, will emcee the event. The keynote address will be given by Chief Michael Ott from the Tulare Fire Department. A new FCC Fire Engine will be the backdrop for the event and the Bell Ceremony will be included this year. The ceremony will close with the playing of taps by Rodger Lopez.

The annual Scholarship Reception will be held on September 9 in the OAB Auditorium. The evening will begin with the donor and student reception at 5:00 p.m. in the cafeteria. The scholarship ceremony begins at 6:30 p.m. This year, 560 students will receive Foundation awards totaling more than $ 298,551 for the 2022–23 academic year.

FCC will participate at the 2022 Central Valley Women’s Conference to be held at the Fresno Convention Center Exhibit Hall on September 20. The college will feature two information booths that will include the Nursing Program, Automotive Technology and Kinesiology. ABC Good Morning America’s medical correspondent, Dr. Jennifer Ashton is the keynote speaker. 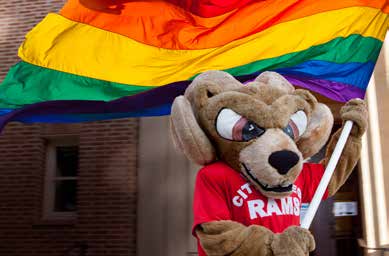 The 33rd Reel Pride Festival will be held at FCC September 30 – October 2 with a variety of movies shown in the Old Administration Building Auditorium and the Forum Hall. The full schedule of events and ticket information can be found on the film festival website.

The 2022 Faculty Biennial Exhibit will be on display September 8—November 4 with an opening reception on the first day from 5:00 - 8:00 p.m. The exhibition of work is by multiple faculty members in the FCC Art Department and Fine, Performing & Communication Arts Division.

The dancing, food and fun is back on Friday, September 23 from 6:00 –10:00 p.m. in the Old Administration Building. This exciting and festive event is back after a two-year hiatus. Be part of the fun and help raisefunds to endow the Monica Criado-Cuevas Counseling Dean's Medallion.

Kudos and acknowledgment to the classified staff who work in the Financial Aid Office as they continue to serve large numbers of students who are returning to college! They have seen an increase in disbursements for the 2022-2023 academic year and to date have served approximately 5,335 students with $6.7 million in Pell Grants.

DSPS has experienced an increase of students for the 2022 fall semester with 1,946, which is nearly 900 more students than last year. DSPS conducted a student orientation over the summer for 150 attendees. This semester it added a cohort of 15 students from the Adult Transition Program with Fresno Unified. The office is also offering a class section of transfer level math and English to support completion and success.

FCC is hosting an in-person Transfer Day on September 14 with over 70 four-year colleges and universities participating. The event will be held outdoors from 9:00 a.m. – 1:00 p.m. In addition, Pathway workshops will be held to help students learn about specific majors.

The annual Fresno Area College Night will be held on September 14. This year’s fair will be held in-person at the Fresno Convention Center Exhibit Hall with thousands of students and their families learning about their options in higher education from colleges and universities from across the country. Fresno City’s booths and displays will include FCC counselors, faculty, outreach specialists, and Student Ambassadors. FCC counselors and staff will also participate in various workshops to provide information on college admissions and in a digital environment.

Three community engagement events have been planned for residents to share their stories related to West Fresno. During these events, print photos, oral histories and recordings along with writings or drawings of a favorite place, person, business, memories, and visions are being collected. These “monumental moments” will help inspire artist Teresa Flores create the art that will adorn the FCC West Fresno Center’s new fountain. The first event was held on August 26 at BBQ Bob restaurant. The second event was held during ArtHop at Fresno EOC on September 1. The last event will be held on September 13, from 11:00 a.m. -2:00 p.m. at the FCC Art Space Gallery. FCC students, faculty and staff with a connection to West Fresno are invited to contribute. RSVP's are encouraged through Eventbrite.

Here are some of the news stories about Fresno City College that have been featured on local media. Not all coverage was posted online by the news agencies, but we want to share what is available.

Former Baseball coach to be Inducted

On September 21, retired FCC baseball coach Ron Scott will be inducted into the Fresno Athletic Hall of Fame. He is the all-time winningest coach in California community college history, as he led the Rams to 1,100 wins and one state championship in 34 years.

The Fresno City College athletic teams have started their respective fall seasons. The defending State Championship women’s volleyball team started their season with a Crossover Tournaments held on August 27 and September 2 and will host their first home game vs Folsom Lake College on September 7. The Ram football team opened their season at home against Diablo Valley College on September 3. All the games will be broadcast live on 940 KYNO. The men’s soccer team will have their home opener on September 6 against American River College at 6:00 p.m. The women’s soccer team will host their first home game against Santa Rosa Junior College on September 9 at 3:30 p.m. The Cross-Country team participated in the Seawolf Invitational on September 3 at Woodward Park and will compete in the Fresno Invitational on September 10. Check out all the fall sports schedules on the FCC athletic website.