Hillary Boos, the new head women’s water polo and dive and swim coach, has spent over 20 years in coaching and 17 years in education. In addition to being a full-time instructor at Sanger High School in the Fine Arts Department, she has coached at various levels including age group, club and high school.  Not only does Boos have 16 years of coaching aquatic experience at the high school level, she has also helped guide her teams to 17 league championships, two Swimmer of the Year titles, and over 7 league MVPs.  Her overall record at the high school level is 232-64.

Boos is the founder of the Rebel Water Polo Club and created the Shaver Lake Open Water Water Polo Tournament.  She has also taken several water polo teams to the Junior Olympics, Hawaii and Croatia to compete.  Boos has been admitted to the Master’s in Kinesiology: Physical Education Emphasis program at Fresno Pacific and will begin in the Fall of 2021. 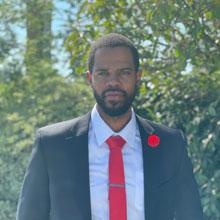 After an extensive search, Fresno City College has named Rob Haynes as head men’s basketball coach and full-time faculty member, to officially start on July 1. Haynes has served as head coach at Porterville College since the 2013-14 season.

“Robert Haynes is the type of coach we need right now for our men’s basketball program," said athletic director Derrick Johnson. "He teaches student-athletes on and off the court. He inspires his fellow staff members and commands a presence in any basketball arena. In addition, he is strongly committed to family. Coach Haynes has an intense, burning desire to be the best he can possibly be– and I have no doubt he will ensure that our student-athletes and program will be the best they can be.”

In seven seasons at Porterville, Haynes was known for his recruiting of Central Valley student-athletes and scheduling of state-ranked opponents. Over the years, Haynes guided Porterville into the state rankings and helped 21 players land scholarships with four-year programs across the country. Two of his former all-conference players went on the play professional basketball overseas.

“I appreciate the great responsibility that comes with representing Fresno City College and helping students succeed in their academic goals. I look forward to getting started and working alongside my new colleagues in the athletic department and across campus. I am also excited to begin recruiting and for my family and me to connect with the community,” Haynes said.

Haynes, born in Brooklyn, NY and raised in Far Rockaway, originally came to California in 2001 to play basketball at City College of San Francisco but suffered an injury. He later transferred to Porterville College and became a two-year captain and as an all-star player.

Before transferring to NCAA Division II Colorado State University-Pueblo he earned an associate degree from Porterville in social science. He later earned a bachelor’s degree in liberal studies from Chapman University, and a master’s degree in Kinesiology and physical education from Fresno Pacific University.

Haynes started his coaching career at Granite Hills High School in Porterville, as boys’ varsity assistant and junior varsity head coach from 2007-2012. He joined Porterville College as a lead assistant coach in 2012-13 under T.J. Jennings – the current head coach at Reedley College – before accepting the head coaching job the following season. He is also an instructor in the physical education division.

Haynes earned a bachelor’s degree in liberal studies from Chapman University, and a master’s degree in Kinesiology and physical education from Fresno Pacific University.