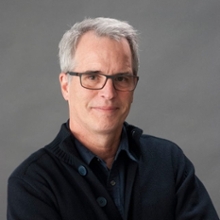 Charles Erven is a member of the Dramatist Guild of America, whose plays include Mulan and the Battle on Black Mountain, After Vertigo, The Ballad of Chet (On the Eve of His Bliss), Canyon Suite, Glynn’s Crossing and Painting Landscapes. Canyon Suite won the 2006 David Mark Cohen National Playwriting award from the Kennedy Center. His play, The Ballad of Chet (On the Eve of His Bliss), placed in the top three for the Cohen Award in 2012. He is the only playwright to appear twice on the list. In 2006, he was the John Wall Playwriting Fellow at the Sewanee Writers Conference at the University of the South, and in 2009 he was nominated by the Kennedy Center as a “Teaching Artist.” Charles holds a Masters in Theatre from University of Maryland and an MFA in Screenwriting from University of California, Riverside. His screenplay, Uncle Pisau’s Arduous Journey, is currently under option by Bruce Gilbert’s American Film Works (On Golden Pond, China Syndrome, etc.).