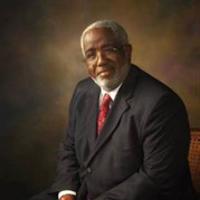 It is with deep sadness that I share with all of you the news of the passing of former Fresno City College president, Dr. Ned Doffoney.

He was appointed president of FCC in July of 2002 and provided valuable leadership with the passage of the inaugural SCCCD bond campaign, Measure E.  The $161 million bond provided the much needed funding to rehabilitate and reopen the Old Administration Building which was shuttered for 30 years.  In addition, he led and supported the 2007 OAB “A Legacy Renewed" Capital Campaign which raised over $2.6 million.  Dr. Doffoney also reorganized the Humanities Division by creating a new division for the arts now known as the Fine, Performing and Communication Arts Division.

To honor Dr. Doffoney's memory and service to the college, a memorial scholarship will be set up in his name. We will send more specific information on how to donate in the coming days.