Asians in the City is a joint venture composed of teachers at Fresno City College and the Asian American Club. There are three projects sponsored by Asians in the City: the Conference, the Booklet, and the Student Film Festival.

The Asians in the City Conference is a Saturday morning event held at the historic Old Administration Building on the campus of Fresno City College. The purpose is to promote education, culture, and understanding; so we want to offer participants the opportunity to learn from lecture presentations, to engage in cultural workshops, and to share thoughts in discussion groups.

Participation is open to all high school students, college students, and adults in the community. Registration is limited to 100 participants. Lunch is provided. The first fifty participants will receive a free copy of the Asians in the City booklet, which showcases the work of students in the genres of fiction, non-fiction, poetry, photography, and two-dimensional art.

Register for the Conference Asian American Studies instructor, John Cho, wrote a poem in dedication to his mother and continued writ-ing till his poem count reached 88. Join him as he shares stories and thoughts in poems with titles that run the gamut of the alphabet, from “a” to “z”.

This talk will discuss the work of some contemporary Asian artists who explore issues of self and cultural iden-tity in their art practice. We will look at work of artists from China, Japan, Korea, and India.

What it means to live in another country. Have you ever wanted to travel the world? How about seeing the world while earning college credits? Or experiencing an exciting new culture while working and making money? 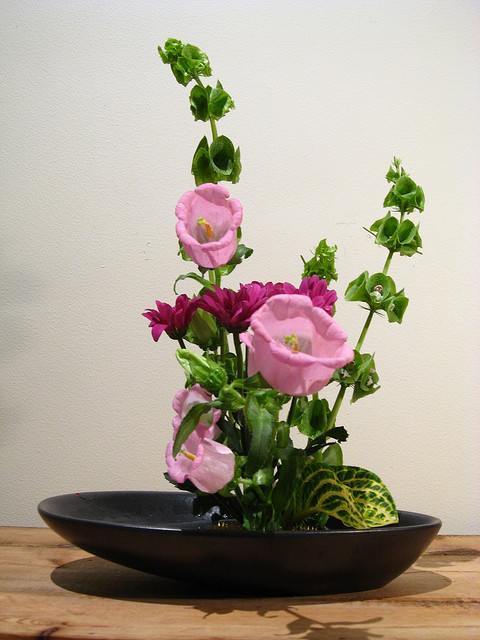 Japanese Flower Arrangement, or Ikebana, is a cherished traditional art that has been practiced in Japan for over 500 years. Originally a religious art, Ikebana is now practiced worldwide.

Taiko drums have been a part of Japanese culture and history for over one thousand years. Today ensemble groups maintain this cultural heritage and perform in multi-cultural events. Members of Clovis Heiwa Taiko will show and share their skill.

Pan Dau “flower cloth” is the embroidery artwork of the Hmong. This is an iconic representation of the Hmong culture and a heritage skill of needlework which has been passed from grandmothers to mothers to daughters for many generations. A stereotype exists for all groups. How do these stereo-types affect our perceptions of ourselves and our behavior? What can we do to minimize any negative effects?

Borders can be visible and invisible, physical and imag-ined, positive and negative, burden and possibility, exclusion and inclusion. In this discussion, we will explore the various political and social manifestations of borders, and the ways that they affect people, society-ies, and cultures. Finally, we will examine the ways that borders can be crossed to transition and transform into something new.

Asians in the City booklet

Synopsis: The year is 2014 and CMAC continues to build the speed rail.  They've taken the resources and the land from the people of the Central Valley to complete their Dystopian vision of the future.  Their corruption has taken funding for water resources.  it is up to Sav, a leader of a group called Pirate Ctrl to end CMAC's reign of control of the hard working people in the Central Valley.

Synopsis: On a dark, quiet night, at a fairly isolated, rundown home, an uncompromising, gruff-in-appearance father awaits the return of his unpunctual son impatiently.  His rage and anger are unleashed upon his son who bears the brunt of his abuse.  His younger son is neither spared the mistreatment and the two boys have only each other to survive the violence that is their father.  Many years later, the boys relive a terrifyingly similar night to their childhood and the older brother comes to terms with the effects of the trauma and abuse he suffered at the hands of his father.

Synopsis: Creation is a short film about a sculptor who becomes exhausted with his process and dreams up a cruel fate for his creations.

Synopsis: A young field worker, full of doubts, has to find his own voice in order to believe in himself and take the first step towards his future.

The Futility of Time

Synopsis: Joe is your average, well, Joe. Nothing exciting has ever happened to him, until a time traveler suddenly appears in his living room and sets off an unexpected chain of events.

The World and Its Ways

Synopsis: A young woman “pays it forward” by helping a man get back on his feet.